Greetings and welcome to my analysis of the astrology for the month of July! 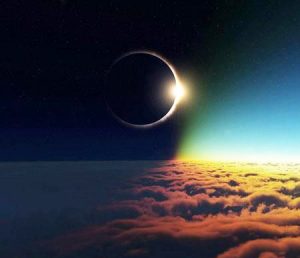 We start of the month with a New Moon in Cancer on the 2nd that is also total Solar Eclipse, observable in some parts of South America. The energy around an Eclipse is generally intensely felt. Historically, eclipses are associated with times of major transition. As an inception period, this one is at its most fertile for nurture and supporting new life in the sign of Cancer as the sign associated with lunar influence. Depending on where this Eclipse takes place in your chart, the focal energy may act as a trigger bringing to the surface more acutely the affairs of the House in which if falls. This energy favors introspection and getting in touch with the roots of unconscious emotional reactions.  This lunation phase is a precursor to the retrogradation of Mercury which begins in earnest on the 7th of July and continues all month long.

The start of this particular retrograde engages Mercury with Mars once again in conjunction while the Sun and north lunar node, moves into opposition with Saturn on the 8th and 9th, ahead of the square between Mars and Uranus-exact on the 11th. These taut and frenetic energy patterns convey a sense karmic revealing and surprising actions-the sudden, impulsive move pushing through an old barrier toward new horizons. There is a real need for calm, clear and sober discussions at this time as snap judgements are all too easy make. Is it possible to take mindfulness to another level and tone down the inner and outer chatter? This is a great time to find out what is possible that way. Especially the week of the 8th, but throughout the retrograde phase, opportunities abound for checks on mindfulness in thought and speech. 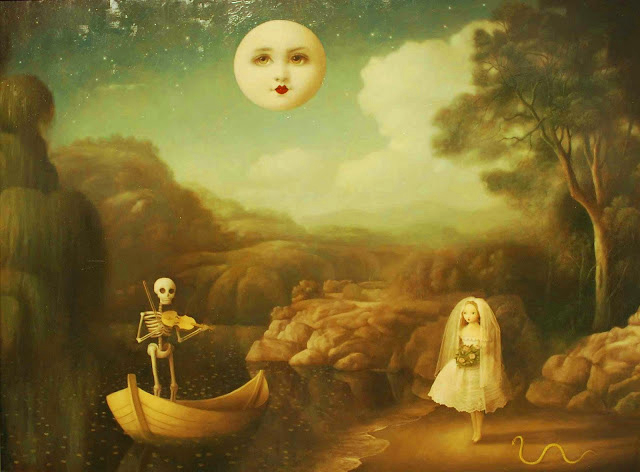 Mid-month, with the Full Moon in Capricorn (a partial lunar eclipse), we see Venus now moving into the opposition with Saturn. Both of these powerful aspects are exact on the 16th of July, so the light from the Moon that night will provide ample illumination for you examine the fruits of your labors from the past cycle. A separation of some kind may be in the offing.  It is a pivotal moment in which we may come to a realization of a pressing need for decisions to be made about vital relationships. Often an event will signal a turning point in where we stand in relation to others at this time. If we can stay open hearted, extraordinary growth is always possible, but clinging to the past will no longer be as Venus’ oppositional transit moves into resonate with Pluto over the following several days (exact on the 21st) dragging the depths for certainty in the purging of what must go and to reclaim the treasures of intimacy. The Venus-Pluto dynamic can awaken our awareness of how far we are willing to go with and for love.  This idea always brings to mind this quote by Jimi Hendrix.

“When the power of love overcomes the love of power, the world will know peace.”

Mars is in Leo now for the whole of July and into mid-August. While in the sign of Leo, Mars expression is unabashed, confident and prone toward behaving in ways that garner much attention and applause. Those with sensitive positions in their natal charts in Leo will get an energy surge through this transit. The trine with Jupiter is activated the week of the 21st. Mars trine Jupiter is the quintessence of serendipity; the seeking of expansion and opportunities in harmony with personal energy in the form of action and movement. With Mercury conjunct Venus this week as well, the overall vibe may feel far lighter than the previous week. The week of the 21st is a perfect time to re-connect with people and share adventure. 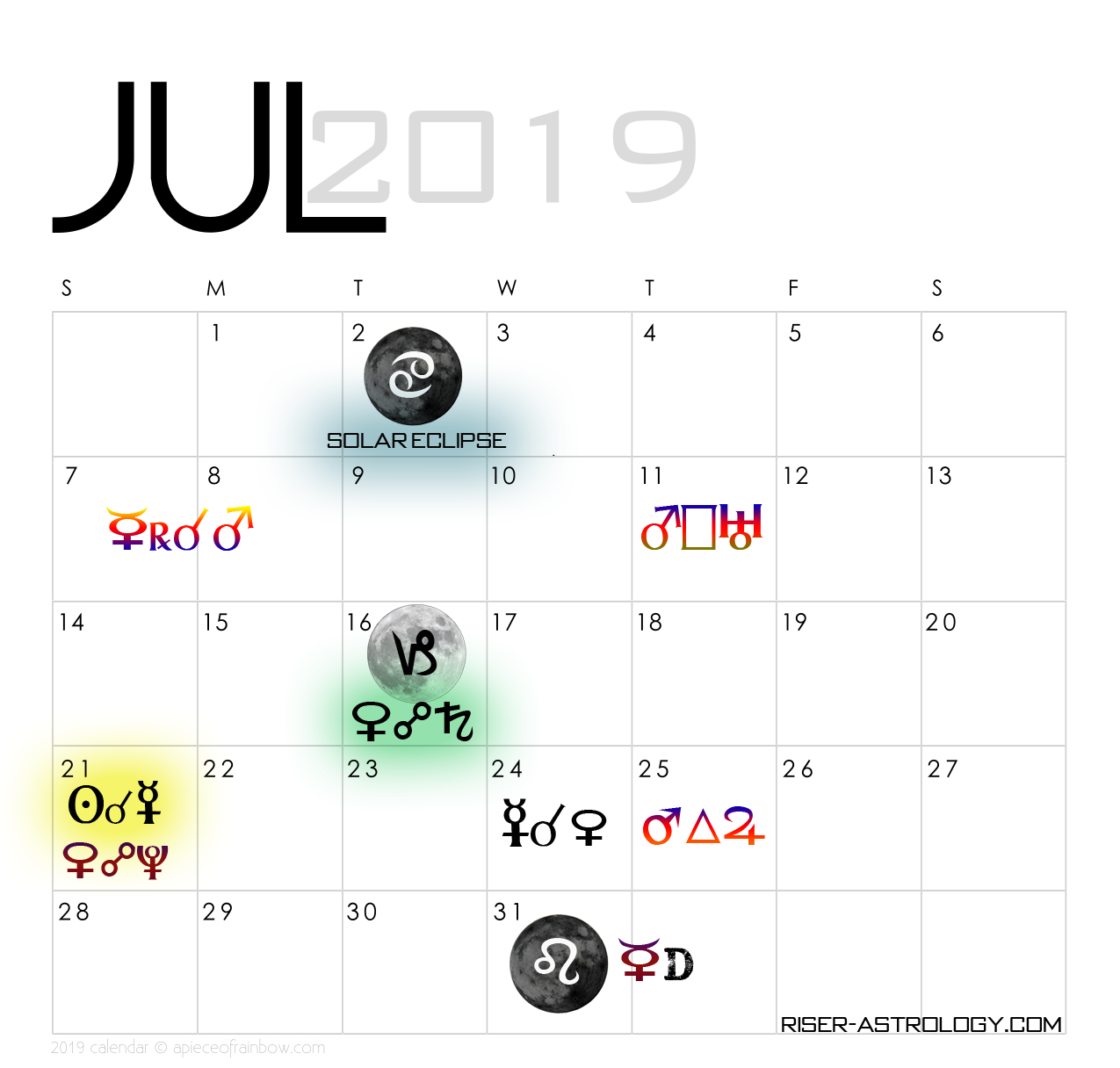 And then, at month’s end on the 31st, Mercury will station direct as Sun and Moon come together in Leo for the 2nd New Moon of the month. This is perfect time to set our intentions for the coming month with an eye toward our individual creative expression and generosity. Emerging from the more inward-looking phase of the retrograde, we can now see more clearly how to channel our passionate emotional energy into radiant manifestations of love.

There are times when cosmic patterns are especially resonant and active in our own lives, stimulating personal development and signaling the call for change. Please contact me to schedule a consultation if you feel now is the time to learn more about the patterns in your life as viewed through the lens of your horoscope.

Thank you for reading and sharing.