This past summer, Jupiter and Saturn could be seen in close proximity to one another with the naked eye where conditions were clear enough. The two are moving into a conjunction that is exact on  December 21st (Winter Solstice) at 0° Aquarius. This will mark the end of their journey through the sign of Capricorn where Jupiter has been since December 2019 and Saturn since December 2017. 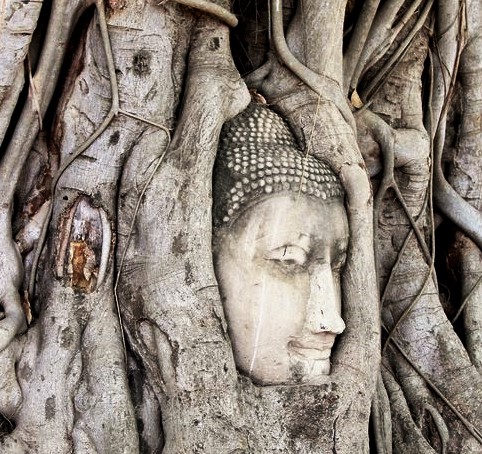 This important conjunction in astrology is sometimes referred to as the Great or Grand Conjunction and its cycle recurs about every 20 years. The significance of it is relevant for modern astrologers of all areas of expertise. Historically, the conjunction of the Great Chronocrators has been seen as a dramatic portent, a harbinger of major geopolitical change and signifier of the rise and fall of world religions. Campion observes in A History of Western Astrology V.II in reference to the Mars-Jupiter-Saturn conjunction in Aquarius in 1345 that, “a number of astrologers  claimed to have predicted the plague in their annual almanacs for 1345, and undoubtedly many did predict serious epidemics for this would have been standard procedure, especially if Mars was involved”. At the time, Saturn was the celestial end of the line, so to speak as the most distant observable planet and considered malefic. Astrologers have evolved the art over time to suit the social climate and integrate discoveries. The term ‘malefic’, has departed with modern astrology being more focused on free will than fate and more oriented toward psycho-spiritual development and self-awareness through the lens of astrological cycles and patterns.

The last Jupiter-Saturn conjunction was in May 2000 at 22°Taurus. Both planets had been squaring Uranus up to that point and interestingly, the next conjunction in December 2020 will be followed in 2021 by squares to Uranus (now in Taurus) as well. On a societal level, those squares with Uranus suggest an ongoing process of disruption to the prevailing (old=Saturn) way of doing things. Saturn in hard aspect with Uranus represents a struggle between the old and new, between tradition and progress. Change must take place for the adjustment to be realized and if not, continued resistance will carry forward into a new cycle and conflict ensues. Reform is the harmonizing of the two, but destruction of the old in order to give birth to the new is another potentiality and more likely as the conjunction and square are taking place in fixed signs which are more tenacious in their resistance to change once invested in a position.

The glyphs for Jupiter (♃) and Saturn (♄) are actually the inversions of one another and this illustrates the contrasting nature of the symbolism of the two planetary energies. If you are familiar with Taoist philosophy at all, you’ll appreciate the idea that Jupiter manifestations are Yang and Saturn are Yin. I’ve always thought of the bonsai tree as a perfect image of the two energies working together, if not a little heavy on the Saturn. There is a casual familiarity with the symbolism in language when we describe someone as jovial (Jove=Jupiter) or saturnine, again describing nearly opposite qualities. With Jupiter we look for reward, expansion and growth opportunities and with Saturn we realize the shape of personal boundaries, limitations and mature through understanding personal responsibility. Jupiter will magnify and expand the scope of what it “touches” and Saturn’s role is to hone, focus and stabilize. 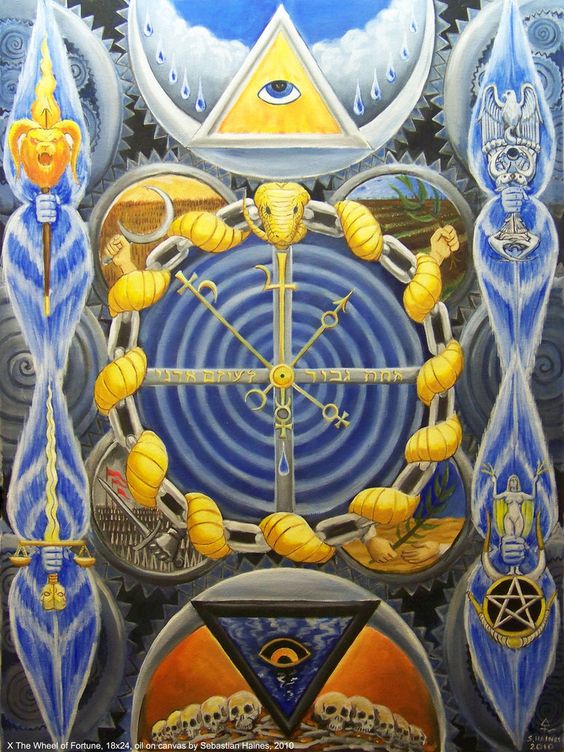 So this conjunction presents us with some possibilities and while conflicting, they may manifest simultaneously as significant structural changes and personal or political reformations. Finding or creating growth opportunities within a limited environment is the operative function of this conjunction.

Some changes, within or outside of our control may prove to be life-altering, such is the potency of this conjunction and this is going to be especially true for those with sensitive chart positions from the end of Cardinal signs to the first few degrees of Fixed signs. For those individuals, November 2020 through January 2021 will be a defining and potentially rewarding time, characterized by shifts into new responsibilities and opportunities. Something important has been completed for you close to the end of the year and the next year begins with strong motivation to make some permanent changes for your ultimate benefit.

It is the sign change into Aquarius that is most exciting about this conjunction as it represents a growing perspective shift toward humanistic concerns, inter-connectedness and innovations around that knowledge. In November,  as Jupiter and Saturn are in the last degree of Capricorn we may very well be able to witness the best and worst of that sign manifest around us—organizational cohesion and strategy working effectively, capitalism/corporatism run amuck and no-nonsense, goal-oriented ambitions on full display. This transition point between Capricorn and Aquarius is where we have one foot in the past, old world focus on material accomplishment and the future footing takes us into uncharted territory where we can see clearly what needs to change with the knowledge that new methods and ideas are needed. And perhaps most importantly now, we can just as easily and more effectively look to the past and our ancestors for wisdom—the leaps need to be in consciousness first and foremost.

The expansive and boundless nature of Jupiter and the consolidating and restraining quality of Saturn in tandem with one another can be viewed symbolically as the contractions before birth. Even if you do not have a primary natal chart point in the early degrees of Aquarius, the potency of this conjunction will ripple through your life in subtle or significant ways. Unfolding events may have a quality of being destined as the karmic profile of this conjunction defines a point of final manifestation. May we— each and every— reap what we have sown.